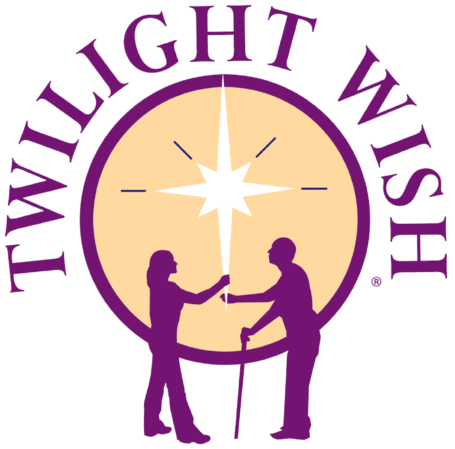 In 1970, I (Cass Forkin) knocked first on Donna’s door, then on Theresa’s door. Neither was home so I went for a bicycle ride by myself. That is the last thing I remember on that Fall Friday until I was in the most incredible Light which filled every cell of my body and changed the way I look at the world forevermore. I knew I am here to do good. I knew I am here to help others. I knew love is enough. I knew I promised to make this world a better place, and I knew that is why I am here. There was work to be done. I woke strapped to a stretcher in the back of an ambulance arriving at Nazareth Hospital in Philadelphia, PA. They said it was a hit and run.

In 2000, I went to Ocean City, New Jersey, and stood with my feet in the sand looking at the ocean, and I asked…what is it you want me to do? This was exactly 30 years after my near death experience at the age of 9. It took me thirty years to accomplish everything I thought I was supposed to do, my undergrad degree with a 4.0 GPA in accounting, my MBA in healthcare administration, both from LaSalle University in Philadelphia, PA, raising my daughter, succeeding in the behavioral healthcare industry…and then I realized I had left something undone. Something I had promised. So I prayed and I asked. When my mom died at the age of 40, I was 16 years old. Mom’s passing left me realizing how short life is and I had to do the best I could as fast as I could because I don’t know when my last day is here on Earth. It must have been on my mind that Mom died at 40, and I was now 39.

Soon afterward, over the course of the next few years, I began to start noticing things that were pointing me towards taking care of seniors.

First, in 2001, one of my client’s work had me visit about two dozen eldercare facilities. Every time I walked into a nursing home, I felt something was missing. Finally, one day, as I sat in an empty lobby, I realized what was missing…it was hope. 60% of seniors were not even getting visitors, let alone having their hopes honored or wishes granted and dreams coming true. Now that they finally have the time, they don’t have the ability to make anything happen for themselves. How could I change that?

Then, one day, I witnessed a group of three senior ladies paying for an inexpensive brunch at a Bucks County diner by counting their dollars and cents. I decided I would treat them anonymously. I gave the waitress a $20 bill. When they asked, the waitress pointed to me. They came over and asked me to stand. I got a great big hug and one senior said, “we didn’t know there were people like you anymore.” That comment hit me in a big way. I know lots of folks like me. Why didn’t seniors know younger people cared?

Finally, in 2002, I found myself on the last day of my first ever cruise, getting my first ever head massage, when my “type A” personality was as relaxed as it would ever be…and all the pieces fell into place. I realized there was no mechanism in our country to make wishes come true for seniors, to make them feel thanked and remembered. I thought about seniors getting massages and going on cruises and that we needed a type of sunshine fund for them…and at that very moment, I heard “write it down.” And so, I wrote it down and took that paper home with me…and it sat on my desk for a year as I began the process to found what would become the first national organization to grant wishes to seniors in our country – the Twilight Wish Foundation. Now, seniors in nursing homes and living on their own would have a way to be honored and thanked and remembered for their contributions as the younger generations made their wishes come true and they would know we care.

There is so much to the miracles and the stories. It has been an amazing journey. I filed the paperwork on July 1, 2003, to start the foundation. One year later, we had granted over 100 wishes at Langhorne Gardens for Christmas in July (2004). I am on video saying with emotion, “this should be everywhere!” Then 3 months later, we were featured in a two-page article in Family Circle, and Twilight Wish Foundation went out to millions and millions of folks in our world, and I heard from 700 people in all 50 states and 4 other countries that wanted to start chapters.